The most trending funny stuff as discoverd by Trendolizer

Desmond Howard makes 'choke a b----' joke on air, at Disney World 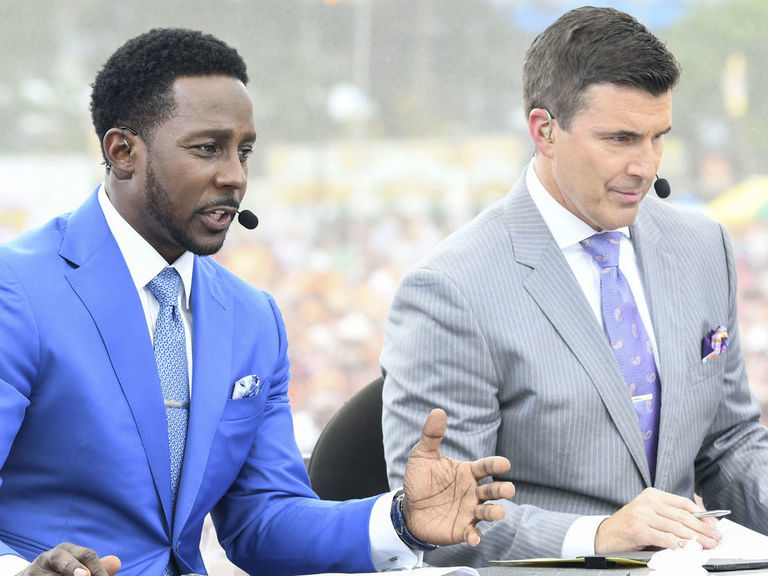 Warning: Story/video contains coarse languageESPN analyst Desmond Howard made a controversial comment on the set of College GameDay on Saturday morning.On the broadcast, shooting live from Disney World no less, Howard responded to a question from host Rece Davis about whether Michigan would finally beat Ohio State this season."Is Desmond Howard going to have to choke a b----?" the Michigan alum said with a laugh. Desmond Howard starting the year off HOT pic.twitter.com/to8IUBKwck— Barstool Sports (@barstoolsports) August 24, 2019 Howard referenced a sketch on "The Chappelle Show" featuring comedian Wayne Brady. He apologized later in the show for the remark."Earlier...
[Source: www.thescore.com] [ Comments ] [See why this is trending]

Friends who say I love you - Stats

Wendy Williams jokes ‘Come on down!’ after ‘The Price is Right’ host Drew Carey’s ex plunges to her death - Stats

Funny because it's TRUE: Brit Hume's dig at Mike Bloomberg and where he acquired his knowledge of farming is PRICELESS - Stats

'Go to my house & take any car you want, you made my day' - Emmanuel Adebayor tells Funny Face after he showed off cars in his Mansion - Stats

This ballet parody is one of the funniest performances ever - Stats

How Many Holes Does a Human Have? - Stats

I Faced Down AOC in the Halls of Congress. | Human Events - Stats